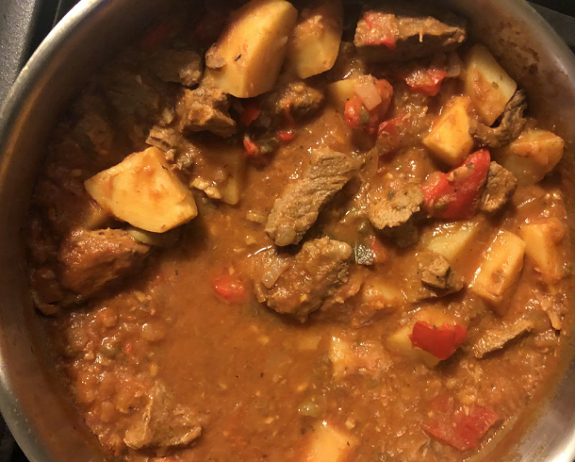 The traditional dish uses a good amount of olive oil and meat with a lot of marbling. This version is lower in fat, but is true to the spirit of the recipe. Although it does take a fair amount of time, it is not difficult to make.

In a large saute pan, heat oil over medium heat. Cook onion and garlic in oil, stirring frequently, until transparent. Stir in cubed meat, and cook until browned. Stir in red bell pepper, bay leaf, cumin, and oregano; cook for 2 to 3 minutes.

Stir potatoes into the stew. Season with salt and pepper to taste. Cook, covered, until potatoes are almost tender. Uncover, and cook until done.

More From This Chef »

This information is per serving.